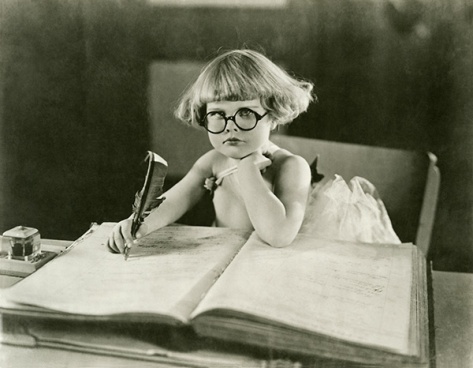 IT SHOULDN’T HAPPEN TO AN AUTHOR …….

Since the publication of my first book, Handcuffs, Truncheon and A Polyester Thong and my rather off the wall, quirky humour, I’ve been incredibly fortunate to have been invited to attend as a guest speaker for various events around the North West. This has held excitement, trepidation, crippling attacks of self doubt, nerves and dreadful Sweaty-Betty moments when I’ve momentarily forgotten what I was supposed to be saying to the gathered onlookers.

I’ve quickly gained experience in knowing my audience, what to eat and what not to eat prior to an engagement, as there is nothing worse than horrific gusts of dragon breath in close proximity to the Lady President of a Womens Group when you poshly enunciate ‘How honoured hi ham to be here’ after you’ve over indulged in twenty-two pieces of garlic and cheese stuffed jalapeños. I also know that it’s not clever to self medicate for a nervous disposition with Gin/vodka/Carlsberg Special Brew before taking to the stage. Discovering the six steps you’ve just tried to negotiate to reach the platform are actually only three, takes smacked shins and stunt diving with your bum in the air to a new level entirely.

The art of dressing suitably for the occasion hasn’t totally bypassed me either. I’ve become an expert in the resulting stickiness of man made materials on glowing skin, cheap deodorant on a little black dress and the trauma of skin tight leggings, where your thong does away with the VPL but produces instead a rather disturbing camel toe effect at the front when you over exuberantly yank them up to meet your nellies as you rush out from the loos.

The one secret I have discovered is material should be cool, with a style that covers a multitude of ageing body sins and a colour that doesn’t drain my skin tone.  So I happily dragged all this experience with me when I went to find a nice little number for an up and coming speaker event, that promised a rather large, high profile audience.

At Bev’s Boutique in the posh part of town, I discreetly enquired if they had anything floaty that would hide the several spares tyres I was currently sporting just above the waistband of my pants whilst adding the all important requirement of a high neck to conceal my crepey décolleté and sleeves to cover my bingo wings.

Beverley sucked on her recently whitened teeth, looked me up and down, slid her glasses to the end of her nose, arched one of her black microbladed eyebrows and sniffed. “Bin bag, madam?”

This was definitely not what I had come to expect from an establishment that sold padded, underwired bras with removable glitter-gel inserts!

Finally plumping for a rather delicious khaki and gold off-the-shoulder silk crochet number that gave me the appearance of a trout caught in a fishing net, I succumbed to combining it with an accidental purchase from the previous week.  Whilst browsing Amazon at 3 am, I’d fallen asleep with my finger still adhered to my iPad. Two days later I discovered I’d purchased through ‘one-click’ ordering, a strapless stick-on adhesive bra in a whopping ‘E’ size cup. I only know it was that big because it got stuck in the letterbox, traumatising Colin, our postman.

Not to be undeterred or waste the £3.99 I’d inadvertently forked out, I spent the best part of an hour trying to stick the ruddy thing on evenly and at an acceptable level. The adhesive cleverly stuck to every finger I possessed as I tried to position it, it then developed a will of its own as it attracted every body hair known to mankind within a 5-yard radius giving me very unattractive hairy nipples and then to top it all, steadfastly refuse to cling on to my boobs. After a further twenty minutes I reached the conclusion that if you’re anything more than a very pert B cup, this is not the bra for you…..

….actually come to think of it, if you’re lucky enough to have a very pert B cup why on earth would you even contemplate trying to hoist them up with this contraption?

Having norks that your chin can rest on when you’re almost sixty is not really a believable look, neither is having one three inches lower than the other, but with the help of my hubby’s B&Q Spirit Level I persevered, shoved and slapped them into place and was eventually happy with my shape

After a final slick of my famous Coral Blush Lipstick, I was ready.

Halfway through nervously extolling the virtues of 21st Century Policing and my books to a large audience of women, the gentle first flush of perspiration was quickly followed by a fair deluge of panic-struck sweat as I forgot where I was in my mental script.

This in turn enlightened me to the difference between a £29.99 adhesive bra from the UK and the £3.99 one from the Far East that I was currently sporting.

It slowly began to peel itself away, first from my right boob, followed very quickly by a slight slippy sensation, as it lost its hold on the skin of my left one, slid down, juddered tantalisingly by my belly button for all of two seconds, and before I could react, it appeared under the hem of my top and dropped to the floor.

The faces from the first two rows of the audience spoke volumes. A mixture of mirth and horror as I took the opportunity to try and kick it under the table that was hosting copies of my books.

Unfortunately, the adhesive fared better on the leather of my shoe than it had on my skin, as it stuck fast to the toe of my stiletto, refusing point blank to budge. I feigned ignorance for the remainder of my talk, occasionally dragging the pointy toe behind me along the threadbare carpet in further attempts to dislodge it.

Exiting the stage, I hobbled to the bar holding one shoe whilst mourning the effects of gravity on a pair of unholstered norks in a gold lame fishing net and the consequences of seeking partial fame and fortune as a writer. Squishing my no-longer-adhesive E cup bra in my hand, I wondered how my hero, Enid Blyton would have coped. I dreamily thought of her calmly drinking Camomile Tea before and after her public appearances with an air of elegance and confidence. Definitely no camel toes, wedgies or uneven boobs for good old Enid!

Hanging from my chrome and leather bar stool, enjoying my third double Gin, I fondly remembered one of her famous quotes…

“If you can’t look after something in your care, you have no right to keep it.”

Launching my ridiculous ‘one-click’ not so sticky bra towards a nearby wastepaper bin, I smiled smugly to myself as it hit the wall, temporarily clung to the red flock wallpaper, fell off and hit the bottom of the bin with a gentle thud as I toasted the wonderful Enid, the maker of my dreams.